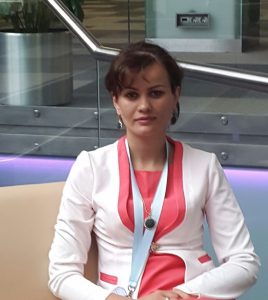 Not everyone dares to talk about his HIV-positive status publicly by understanding the consequences – stigma and discrimination. It is especially difficult if you are a woman living in Tajikistan.

«In Tajikistan, many women in rural areas are illiterate and not informed about HIV and AIDS. As a rule, they live with in-laws, who are on earnings abroad. These women are often not allowed even leave the house».

May 2016. 18-year-old girl from the mountain village came to the public organization “Tajik network of women living with HIV”. She was married when she was underage. During the pregnancy, living in Russia, she learned about her HIV-positive status. She divorced her husband and left alone with a small sick child. She has returned home, but did not want to live and even attempted suicide. The last hope for life become the visit to a public organization. She met the head of the network – Takhmina Khaydarova, who was able to persuade a girl to live, offered her apartment as a shelter and restored faith in a happy tomorrow with the warmth of her heart.

Takhmina understands women living with HIV, because she has passed their way. Once upon a time, she got married early, and after the arrival of her husband – a migrant worker home, she became HIV-positive. Then her husband’s family accused her of all sins. In addition, Takhmina lost her baby, which was the best hope for life. She divorced and had no shelter and money. Today, recalling that time, Takhmina, with tears in her eyes, says what the salvation was for her, it was an active social work and communication with women like she.

In 2011, the PO “Tajik network of women living with HIV” has registered in Dushanbe. At present, it includes 86 women living with HIV (69 of them are wives of migrant workers). The main activities of the organization are HIV prevention among labor migrants and their families; prevention of violence against PLHIV (women and children living with HIV); assistance in providing access to medical and psychological care for PLHIV, particularly for women and children; empowering PLHIV to obtain a profession and employment; protection of the rights and interests of PLHIV to the local authorities and the social services. Today Takhmina is the Head of the network.

– Women living with HIV are more vulnerable to HIV than the men are. Moreover, if the relatives know of their status, they are often subjected to insults, humiliation, being thrown out of the house. Sometimes the husband (migrant) does not confess for a long time that he has infected his wife, and in this case, on the contrary accuses her of infidelity. In addition, the husband’s family after divorce leave a woman without shelter and livelihood. When a woman with HIV hide their status from family members, she often cannot find an excuse to leave the house to go to the clinic for receiving appropriate treatment. She had to deceive the family to take pills and go to the doctor. Many people cannot stand it and refuse treatment or leave home.

Since 2015, the Tajik Network has been implementing a project to strengthen the supportive environment and scaling up HIV prevention, treatment and care to contain HIV epidemic. Project coverage is 160 women. As a rule, it is uneducated, unemployed women whose husbands have died of AIDS. Within the project, the social and psychological support and legal assistance are provided. Recently 10 women have been trained: 6  on computer literacy courses, 4  in accounting basics.

Tajik network is also implementing other projects. Through its activities, the social, legal and medical services have been reached more than 500 people living with HIV. Takhmina today want as many people as possible to know about the “Tajik Network of Women Living with HIV”, especially in the rural areas, because that is where women with HIV have no access to support, desperate fight for their lives alone, tired of overcoming the difficulties on the way and commit suicide.

To increase tolerant attitude towards people living with HIV in...

“Capacity of AIDS service NGOs of Central Asia in the...

Protection of human rights remains today one of the leading...